The Ultimate Guide to Pastebin Pastebin is a web application where you can store text online for a set period. Programmers mainly use the website to store pieces of source code or configuration information, but anyone is more than welcome to paste any text.

The great thing about Pastebin is that it’s very easy to use and there are no complicated settings to worry about. It was originally designed for programmers to share snippets of code.

How does Pastebin work?

You can use Pastebin to store any text online. Once you submit your text, anyone who has the URL for that Pastebin can access it and copy it into their files.

Pastebin works by allowing users to post plain text files on their website. These files are publicly available, but they don't show up in search results or anywhere else on the web; if someone wants to find them, they'll have to know where they are or be given their URL by someone else who knows where they're located.

Pastebin is safe because it saves all the information in the browser's cache so that it can be accessed offline. The data is also encrypted on their servers.

While many people use Pastebin for sharing code and other information, one of the most used forms of Pastebin is for sharing sensitive information such as passwords or email addresses.

Most people who use Pastebin for those reasons believe that it is safe to share information with Pastebin because it is encrypted or at the very least, password protected. However, there are still risks to sharing sensitive information through Pastebin.

Can Pastebin have virus?

It is not uncommon for people to paste malware or malicious scripts into Pastebin.

Pastebin can have viruses if you do not know or trust the author of the text.

To avoid any potential issues with malicious scripts or malware pasting into Pastebin, make sure that you are logged in when uploading your content.

However, if you're careful and use your common sense, it can be extremely safe. If you are using a custom-built computer for this purpose (which we recommend), then it's very unlikely that a virus could affect your workstation.

If you're not sure about the safety or credibility of a website, there's no harm in looking at its source code yourself. This can be done by right-clicking on the page and selecting "view source". You'll see all the HTML and CSS code behind the web page - but don't worry, there won't be any viruses lurking in here! If anything looks suspicious to you during this process, it might be better to avoid that site altogether until they clean up their security flaws.

If you do think that an infection has happened then one of two things needs fixing: either resetting your password so that someone else cannot access it again (make sure not to use those same details again), installing a secure antivirus software, or wiping out everything connected with Pastebin from your system entirely (which would require reinstalling Windows).

Why do hackers love Pastebin?

Pastebin has been on the internet for more than eight years. However, in the last few years, hackers have taken to the site. They have posted information that ranges from source code to email lists.

Although many of the pastes contain legally-shared information, some information may contain confidential information. Pastebin has become one of the hacking community's favorite locations to publicize the results of their attacks.

Even though most Pastebin websites tell users not to post emails, stolen source code, or password lists, this has not stopped hackers from doing this. Pastebin.com for example receives over 1,000 abuse reports a day via their site abuse report system, and another 200 or so via email.

Pastebin is a fantastic tool for anyone who's looking to share large amounts of text.

You've probably come across this tool when searching for a place to leak some sensitive information. And yes, that's legal, but there are limits.

However, Pastebin isn't always used for illicit purposes such as sharing passwords and other confidential data.

For example, many gamers share detailed walkthroughs of their favorite games via Pastebin. And developers have used the site as an easy way to share their code before compiling it – providing access to those who are most interested and not to the wider public at large.

You might be unaware that Pastebin is a perfectly legal service that can be used within the bounds of the law. However, like any other type of technology, pasting can be misused.

Pastebin is run by Jeroen Vader - a Dutch internet entrepreneur who has been involved with other tech startups like ShoutWire and Weebly. He bought the site in 2010 from Paul Dixon who created the website in 2002.

In an interview with Venture Beat, he said that he bought Pastebin because "I like how it looks." He also mentioned that he has no plans to change anything about the website or its features because "there's nothing wrong with it.".

Anonymous is a decentralized international activist and hacktivist collective and movement primarily known for its various cyberattacks against several governments, government institutions, government agencies, corporations, and the Church of Scientology.

They launched a new site that it claims will allow users to post material without fear of being tracked down.

Pastebin is not the same as the site developed by Anonymous called AnonPaste.

With regards to the anonymity of Pastebin users, Pastebin is 100% anonymous. They do not save IP addresses or track any user activity on their website.

They do ensure that public pastes adhere to their content sharing guidelines which require that users should not post:

Pastebin is not encrypted by default, which means that the data stored on Pastebin will be publically available and can be accessed by anyone.

According to their privacy policy: "All of your data on Pastebin is public. There is nothing you can do to make what you post private once it is up on Pastebin.". You can, however, encrypt your account.

When you set up a new account, you are given the option of choosing a password with at least 6 characters containing letters and numbers. Once this is done, any paste that you upload will be encrypted. You can also choose to encrypt old pastes if you wish to (you can't, however, reverse this decision).

The encryption is based on the SHA-256 algorithm, which makes brute-force attacks impractical. Because of this, when you first log in after creating a new account, Pastebin will ask for a key generated by your password (this is why you must choose a strong password), but it won't do so again after that.

If you have text that you'd like to share with your audience, and you're looking for a way to do it in a way that does not require the use of third-party services, Pastebin might be for you. The site has many uses, which can be put to great creative use by your audience. For the techie side of your blog readership, this is an invaluable tool.

It is a great tool for getting your text out there, but it's not perfect by any means. Be careful what you paste, and make sure that you're not sharing sensitive information. Pastes older than 90 days will be automatically deleted, but anything under that threshold can be saved by anyone on Pastebin—so take care!

Like ShareTXT, Pastebin is a great website for sharing text. Whether it's a personal blog or official corporate documents, Pastebin can handle the job.

Rex is a content creator and one of the guys behind ShareTXT. He writes articles about file sharing, content creation and productivity. PrePostSEO Review 2023: What Can You Do on This Site? How to Install GlitchTip on Ubuntu 18.04 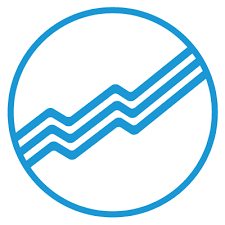 How to Setup, Deploy and Connect to MailChimp Open Commerce API The Ultimate Guide to Copy AI